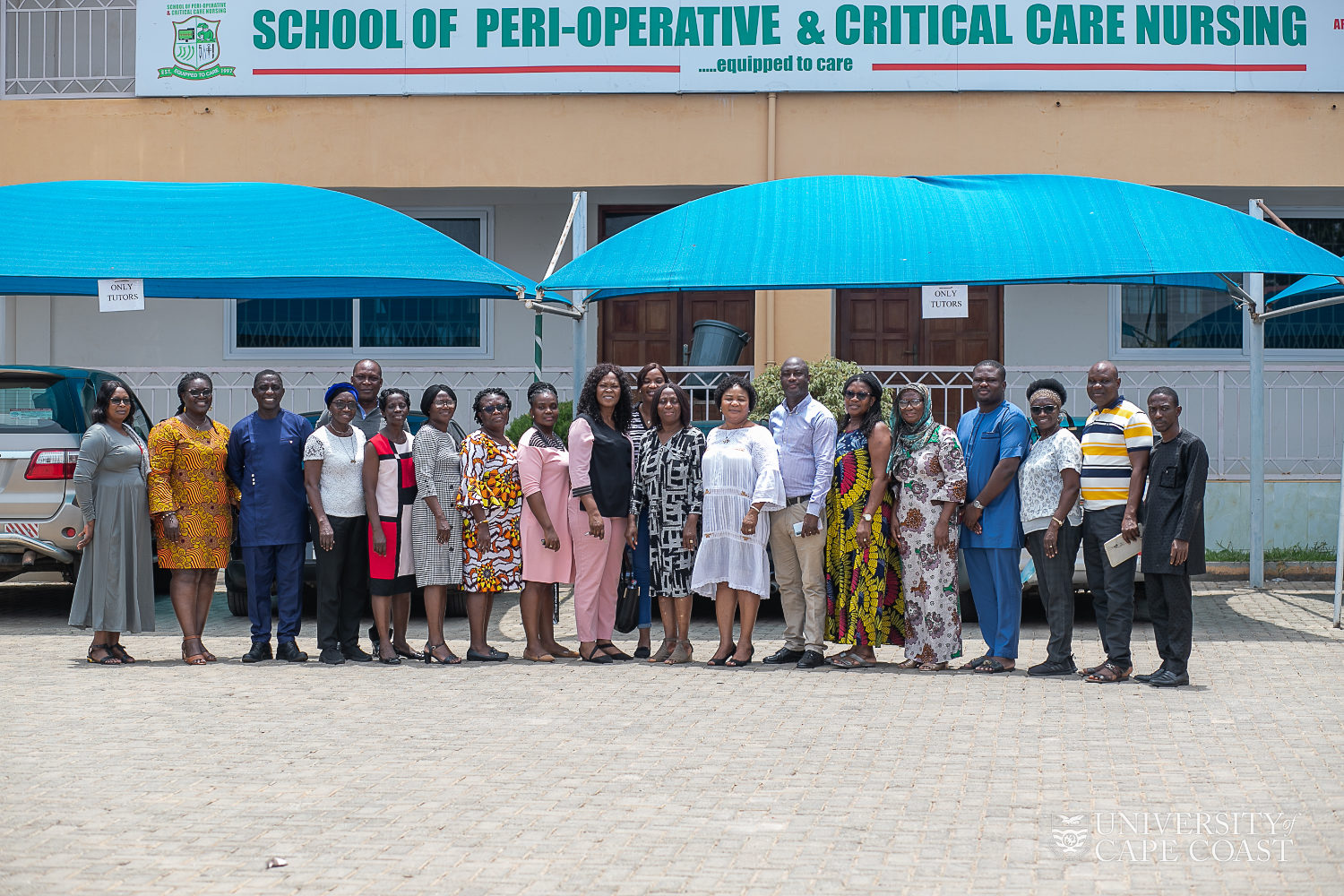 An orientation ceremony has been held for 55 newly-admitted students who are pursuing Doctor of Philosophy (PhD) Population and Health at the University of Cape Coast (UCC). The orientation, which was held in Tamale, Kumasi and Accra, was attended by students comprising mostly Principals of Health Institutions (HTIs) across the country.

Speaking at the orientation ceremony in Accra, the Dean of the School of Graduate Studies,Prof. Sarah Dankwa, congratulated the students on their admission to UCC.  She noted that the University would provide them with quality academic service to excel in their studies, research and career. The Dean urged them to complement the aforesaid service by exhibiting commitment and dedication to their studies. “We expect you to be punctual to lectures and seminars as well as completing assignments your lecturers will give you” she urged them. Prof Darkwa explained that the School of Graduate Studies was responsible for coordinating graduate programmes, assigning supervisors to graduate students and recommending successful students for certification. She took the students through UCC’s Academic policies, regulations for graduate students, thesis proposal writing and APA referencing style, among others.

On his part, the Head of the Institutional Affiliation Office (IAO), Mr. Justice G. K. Agyenim Boateng, who addressed the students in Tamale, noted that their admission formed part of a Memorandum of Understanding (MoU) signed between UCC and the Ministry of Health to build the capacities of staff of Health Training Institutions. In pursuit of this, Mr. Boateng said UCC was committed to training high calibre of staff for HTIs and professional health workers in health facilities to enhance health delivery in the country. Mr. Boateng informed the students that UCC would not compromise on its quality academic standard and, therefore, they should put in more efforts to complete their studies successfully. He indicated that even though, they were having lectures at designated centres, they would go through the same experience like their colleagues on UCC campus. “We are holding this orientation so you will fit perfectly well in the UCC system,” he added. The Head of IAO indicated his Office’s readiness to liaise with the appropriate academic and administrative offices to address their concerns.

On behalf of the University Librarian, Mr. Kwame Boohene, an Assistant Librarian, highlighted the services of the University Library and took them through the electronic library system of UCC.  He mentioned the resources available on the electronic library including academic books, research articles, journals among others which he noted would help them in their research. Mr. Boohene urged them to make good use of it since they can have access to it anywhere at any time.

The Principal of Nursing and Midwifery Training College, Ms. Shirley Issah, on behalf of the students, expressed their gratitude to the University for the opportunity given them to enroll as PHD students and also lauded the representatives of the University for taking time of their busy schedules to take them through the orientation.